This is the choice for the biggest Van Halen fans around. At less than $2 per episode this is the most affordable and complete package around! Every single episode from The Early Years and Right Here, Right Now plus way more!

(Runnin' With The Dweezil is currently in production - All Season Bundles will populate as the episodes are released in order.)

There is a version of Ain't Talkin Bout Love on the first pressing of Best Of . . Volume 1 where the arrangement has been chopped and placed out of sequence.  It's been awhile since I heard it bit I think the bride, solo and second verse are mixed up. Does anyone remember this and/or why this happened?

Dweezil, thank you for putting this podcast together.  I get totally immersed with each episode and it's a bummer when they're over.  On the latest podcast when you and James Valentine talk about OU812, not much is mentioned of the time between 5150 and OU812. The band toured the 5150 album and then Eddie worked with Sammy on his solo album.  And, I read an interview with Michael Anthony where he said Eddie was playing more keyboards than guitar around this time.  I really enjoyed Sammy's solo album from 1987, I Never Said Goodbye,  which I believe got it's title from an MTV contest.  Ed plays some very cool, slippery,  funky bass and unlike OU812, you can hear bass in the mix. And, Eddie's guitar playing on the last track is icing on the cake. When OU812 came out in May, 1988, I played that album over and over that entire summer.  It was a Van Halen album . . EVERY Van Halen should be played over and over. But, as the podcast revealed,  it wasn't a huge leap forward on the lyrical side and a few of the guitar parts were conservative compared to earlier recordings.  Could this album have benefitted from more writing time? Did they have a time restraint getting the album out in time for the Monsters Of Rock tour?

I have been re-listening to the episodes because enough time has passed and in the Paul Gilbert episode Paul was asking you what the "familiar disco bass line" (around 22:10 in) and I think the song Paul's looking for is "Shining Star" by Earth Wind and Fire.

Hey Dweezil! With all of the great content you've worked on for this series, any thoughts on ( maybe ) interviewing Brad Tolinski/Chris Gill for their newest book on EVH? Maybe a live episode/video talkback on EVH gear through the years?

Not that you don't have enough to do ( no doubt your hands are already full ). But, having read the book, there is a ton of great gear info that may be of use ( or not ).

Looking forward to the newest episode with Joe!

Best to you and the family!

Hope all is well with everyone ( you to dweez).  All the podcasts have been insanely entertaining and enlightening. A true testament to Eddie and even your relationship and insight into his overall musicianship.

Thanks Jim! Working on the Joe Satriani episode still. It's got some technical problems with Joe's audio. 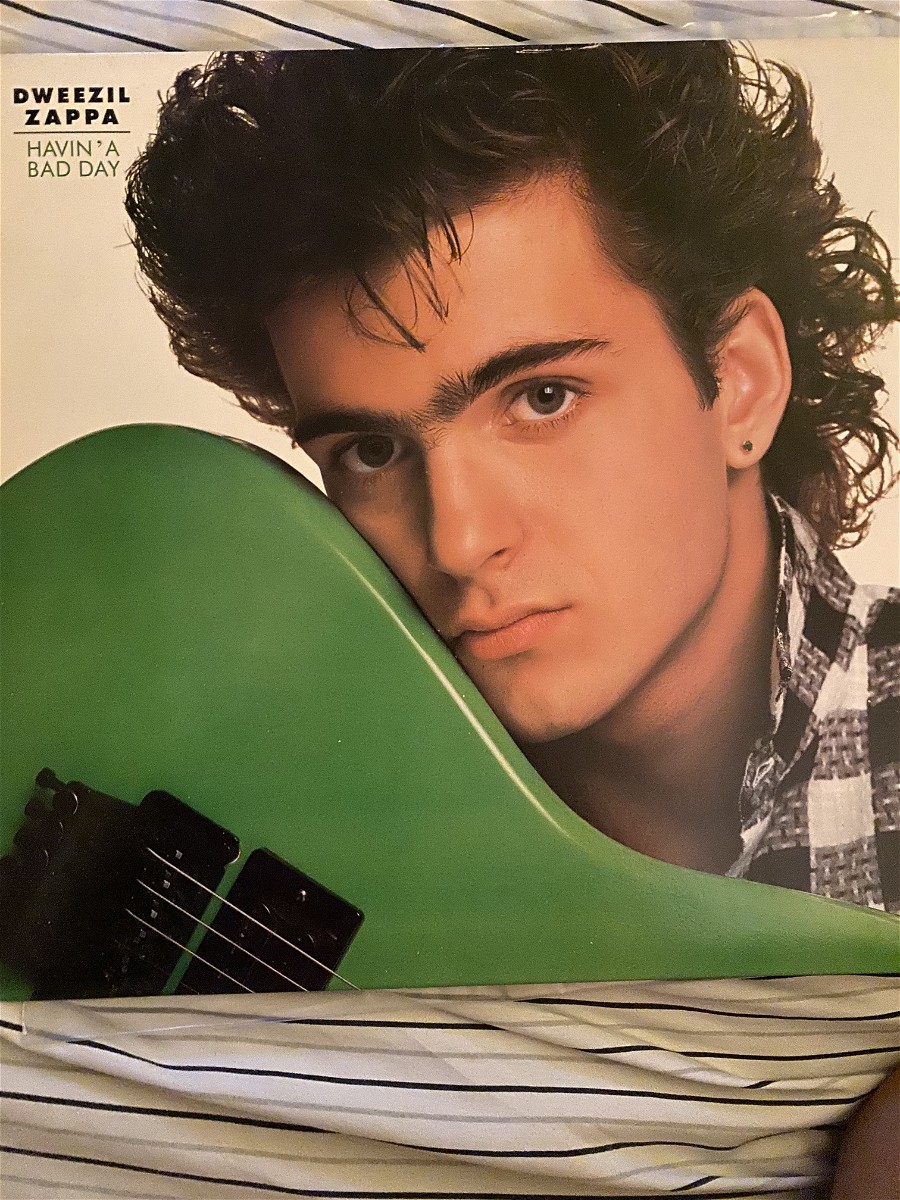 Dwwez came across this thought you might get a kick out of ( I remember thinking you were so cool when this album came out ,, you only have a few years onme lol). Thanks again for the great stuff and this is a killer album btw